Swedish film is popular in Jordan. “Nice People” is a documentary about the first ever national team from Somalia to play the World Cup of bandy. The touching story of a group of Somali refugees to the small Swedish town Borlänge was a smash hit at the European Film Festival. 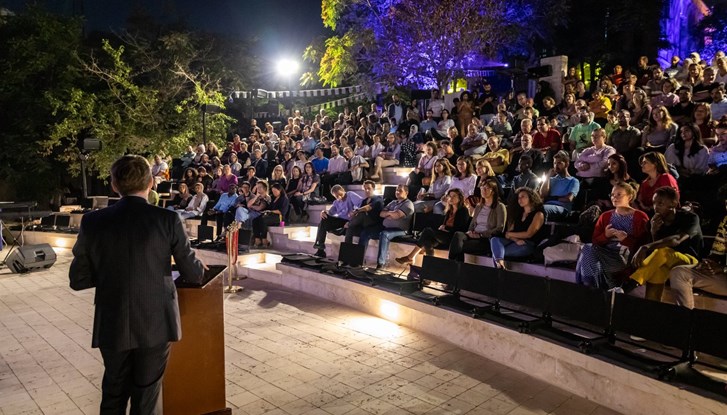 On Sunday 22 September, Sweden participated in the 31st edition of the EU Film Festival here in Amman by screening the movie "Nice People". HE Ambassador Erik Ullenhag introduced the movie to a full house at the Royal Film Commission. He talked about the challenges of moving to a different country and the importance of integration.

Many in the audience expressed deep appreciation of the film. Laughter was paired with tears at the warm story of an unanticipated national bandy team of boys who had never before seen ice, let along skated on it. Sweden is a member of the European cultural cooperation (EUNIC) and will certainly be part of upcoming European activities in Jordan.