We would like to welcome our new Ambassador, Her Excellency Alexandra Rydmark. 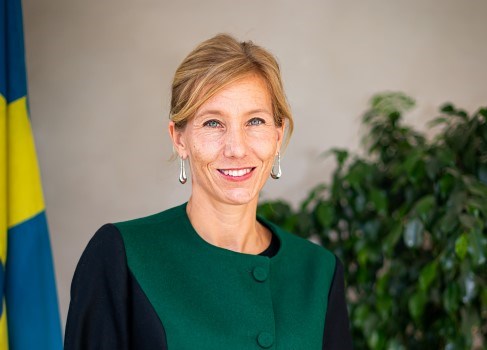 Since 1 September 2020, Sweden's Ambassador to Jordan is Alexandra Rydmark. She has previously been Deputy Director of the Swedish Dialogue Institute for the Middle East and North Africa, Diplomatic Adviser to former Foreign Minister Margot Wallström at the Ministry of Foreign Affairs' Office of the Minister and Head of the Political Section at the Cairo Embassy.

Earlier in her career, Alexandra Rydmark served as a Trade Dispute Settlement Lawyer and Legal Advisor at the European Commission in Brussels and at the UN headquarters in New York, where she worked at the UN Secretary - General's Office.

Ambassador Rydmark has, among other degrees, a law degree , speaks four languages ​​and has very long experience of Middle Eastern issues. The embassy in Amman welcomes the new ambassador.