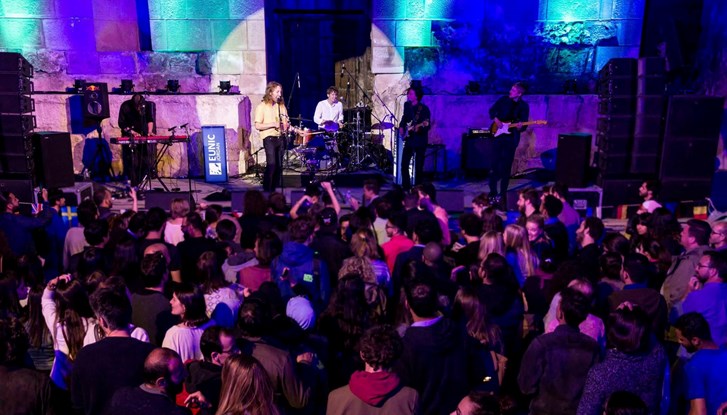 Europe Day was celebrated twice this year in Amman. Following a reception on 6th May, an open-air concert filled the old Roman Odeon Theatre in Downtown Amman on 12th May. The Swedish dance/electro band Diskopunk opened the concert and was positively received by the Jordanian audience. From the first minute on stage to the last chord of their upbeat tunes, the band Diskopunk from Sweden inspired the audience to dance and sing along. It was a mutual love affair between Jordan hospitality and Swedish entertainment. Following Diskopunk was the local Jordanian band Ayloul that played a variety of songs, from ballads to swingy favorites among the local audience.