On 12 August 2021, Zambia had its general election. It was a peaceful day with a high voter turnout that resulted in the opposition leader Hakainde Hichilema of the United Party for National Development (UPND) elected as new President of Zambia.

12 August 2021 marked election day in Zambia. Around the country, Zambians went to the polling stations to cast their vote in the Zambia general elections 2021. The voter turnout was high (71 %) and the qeues to polling stations were long. 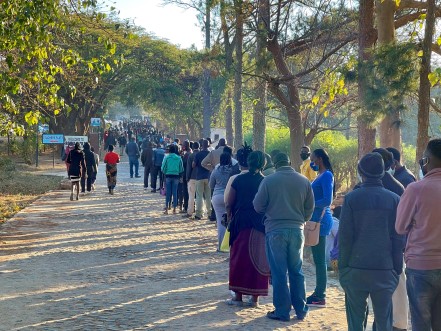 Long qeues to polling stations around the country on election day.

Hakainde Hichilema of the United Party for National Development (UPND) was elected president, defeating incumbent Edgar Lungu of the Patriotic Front (PF). Edgar Lungu has since accepted defeat and congratulated HE Hakainde Hichilema to become Zambia’s seventh republican President. The Ambassador of Sweden to Zambia, Ms Anna Maj Hultgård, was invited to the Presidential Inauguration Ceremony at Heroes Stadium in Lusaka. 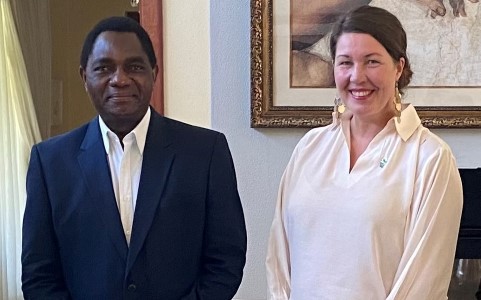 The ambassador also met with HE Hakainde Hichilema last week, to congratulate him and hand over a letter from the Swedish Prime Minister Stefan Löfvén. Sweden is looking forward to working with the new administration and continue strengthening the ties between our two countries. 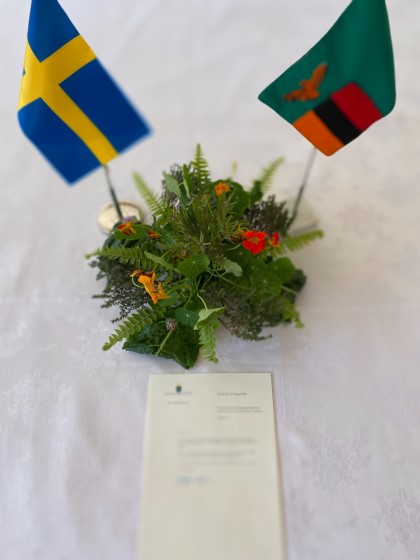 Letter to the new President of Zambia, Hakainde Hichilema, from the Swedish Prime Minister, Stefan Löfvén.

Sweden is convinced that democracy is the best foundation for a sustainable society. As part of the Swedish Government’s global Drive for Democracy the Embassy of Sweden in Lusaka made democracy and the election a key priority during the year. Activities have included roundtable discussions on related topics and communication campaigns such as the series #voicesondemocracy.

Sweden has also supported local partners and civil society organisations through the Swedish International Development Cooperation Agency (Sida) and the Swedish development cooperation in Zambia, including support to UNDP and several civil society organisations. This support is partly aimed at increasing voter turnout (especially among young people and women), training and monitoring of the elections and election campaign.

The Embassy of Sweden in Lusaka had 14 staff members who took part in various forms of election observation – six of them in the European Union Observation Mission. The EU Election Observation Mission Zambia 2021 published a preliminary statement on 15 August, stating that it was a “technically well-managed electoral process marred by unequal campaign conditions, restrictions on freedom of assembly and movement, and abuse of incumbency”.

The European Union High Representative Josep Borrell, has since welcomed the announcement of results by the Electoral Commission of Zambia and congratulated President-elect Hakainde Hichilema.

Back To Zambia, Lusaka