Local time Permanent Mission of Sweden
9:26 PM
Contact
About us 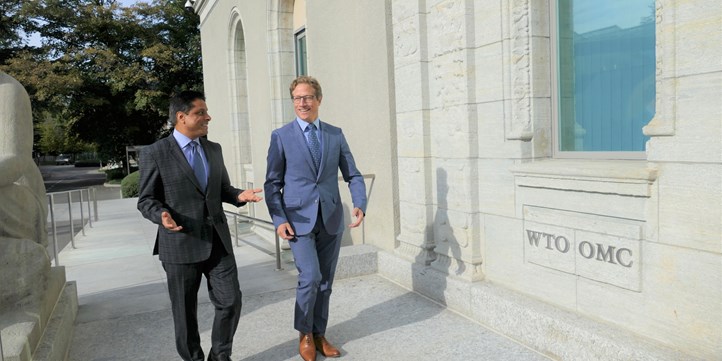 Today the WTO Public Forum kicks off in Geneva. During four days participants will reflect on and discuss this year’s theme: “Trading forward- Adapting to a changing world”. Responding to emerging priorities requires flexibility. Sweden is a key donor of flexible funding, also called unearmarked core funding. Today we meet Executive Director of the Enhanced Integrated Framework (EIF) Mr Ratnakar Adhikari in our series of interviews on the importance of flexible funding. Why is unearmarked funding so important in the future and what has Sweden’s unearmarked aid achieved? How do EIF and Sweden together better position the least developed countries (LDCs) in the global economy?

Do you want to know more about Sweden?

Here you can get comprehensive information on how to do business with Sweden.

Report to the MFA

If you suspect that a crime or irregularities have occurred in connection with Swedish Foreign Service activities, please report to MFA Head of Compliance.

Plan your holiday on Sweden's official website for tourism and travel information.

Studyinsweden.se is the official resource on higher education in Sweden for international students.