Two neighboring amusement parks lay the scene for the secret love story between Ninni and John, the young heirs of two rivaling families. 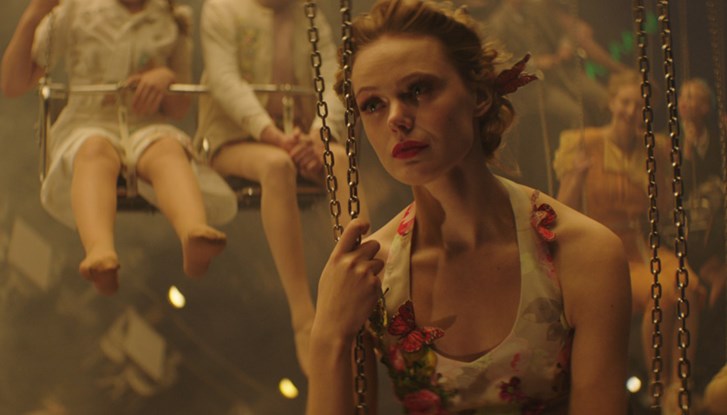 Swoon (photo: Atmo Rights AB)
The story takes place during the hot summer months of 1940 and the world around neutral Sweden is on fire as the Nazi invasion progresses. An old grudge between Ninni and John's fathers has evolved into hatred and bitter battle resonating the war raging across Europe. Love conquers all as hearts and parks merge into one.