Mozambique is closer to closing the #WikiGap

The Embassy of Sweden in Maputo in collaboration with WikiMedia South Africa and Universidade Eduardo Mondlande (UEM) held a WikiGap event in Maputo on April 13th. Twenty-six writers participated in the event that took place at the university library, with participation of ambassador Marie Andersson de Frutos. 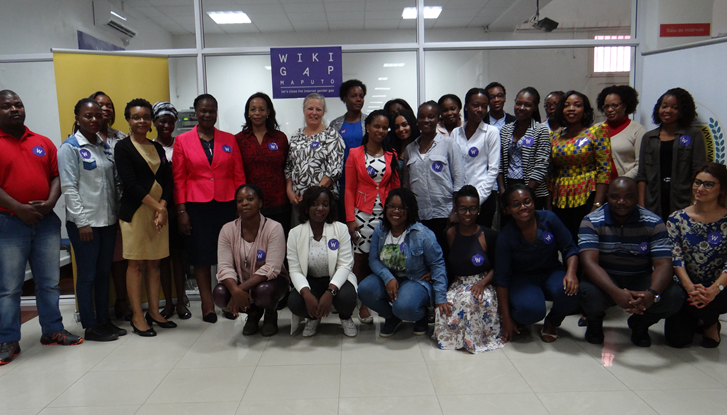 Wikipedia is the world's largest online-based and user-generated encyklopedia. Its content has the potential to colour our view of the world. But there is a great imbalance. 90 percent of the content is created by men, and there are more than four times more articles about men than women. The information about women is not only less extensive than it is about men, it is also to a greater extent negative and of a different nature.

In order to contribute to the closing of the gender gap, the Ministry of Foreign Affairs, together with Wikimedia, has taken the initiative for #WikiGap. On March 8th - on International Women's Day - parallel events were held in close to 50 countries, from Sweden to Indonesia, Egypt and Colombia, together with local actors and partners.

In Maputo, #Wikigap took place on Friday April 13th with a focus on writing articles about women under the theme "Women in Science", thereby reducing the gender gap between women and men on the internet. The event was opened by ambassador Marie Andersson de Frutos, followed by speeches from the Vice Rector Dr. Amália Uamusse and Dr. Gracinda Mataveia, Director of UEM Gender Unit.

Back To Mozambique, Maputo