The Swedish Embassy in Maputo had the pleasure of hosting the premiere of Mattias Klum´s film “Vamizi – Cradle of Coral” in Mozambique. The film screening was held on Tuesday, 20 March, at the Swedish Residence in Maputo with 80 guests attending. 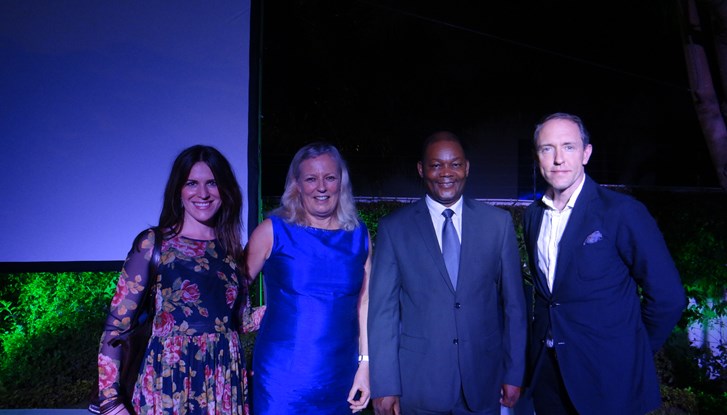 Mattias Klum is a Swedish award-winning filmmaker and photographer. Klum has been named WWF ambassador, IUCN ambassador and National Geographic Fellow. In 2013 he was awarded the Honorary Doctorate degree in Natural Science by Stockholm University.

The film was projected on Vamizi, one of the northernmost islands and home to some of the world’s oldest and most pristine coral reefs – a virtual wonderland of marine biodiversity. The island of Vamizi has preserved its natural beauty and wildlife. The film is an experience out of the ordinary where we are invited to close contact with whales, dolphins, turtles and the amazing diversity of fish species in the coral reefs of Mozambique.

The Ambassador opened the event followed by a speech by the minister of Sea, Inland Waters and Fisheries, Agostinho Salvador Mondlane and finally Mattias Klum whom introduced the film Vamizi – Cradle of Coral.

Afterwards followed mingle where the guests could exchange views and ideas with
Mattias Klum.

Back To Mozambique, Maputo