16 men against gender-based violence on the wall

The long white wall outside the Swedish embassy in Harare is now adorned with photos and quotes of 16 well-known Zimbabwean men. The men form the framework of the embassy and UN campaign "Because I am a man" - 16 men for 16 days of activism against Gender-Based Violence. 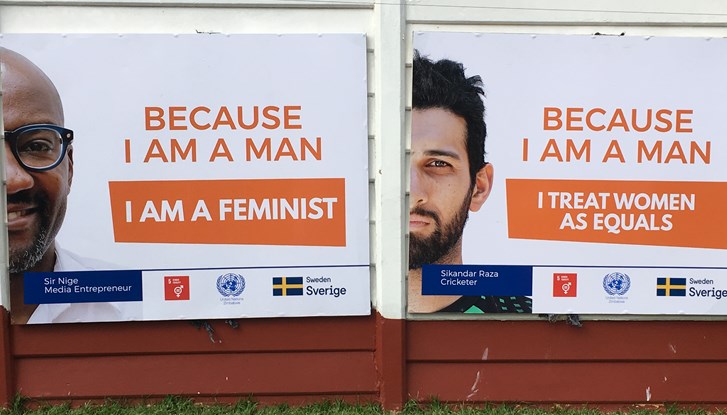 Two of the 16 on the wall outside the Swedish embassy

- We need to take preventive action and talk about how men themselves can be champions in support of women rights and gender equality," said Ambassador Sofia Calltorp in her speech in connection with the launch of the campaign. - These 16 men are well-needed role models and will lead the way to the end of violence against women, girls and boys in Zimbabwe, she stressed.
A part of Sweden's development assistance to Zimbabwe aims to support work on human rights and equality.

Back To Zimbabwe, Harare