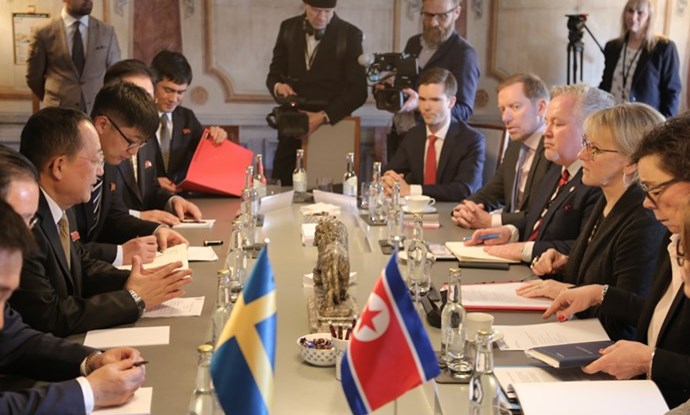 The North Korean delegation also paid a courtesy call on Swedish Prime Minister Stefan Löfven. The talks focused primarily on the security situation on the Korean peninsula, which is high on the UN Security Council agenda. Sweden is a member of the Security Council for the 2017–2018 term.

The foreign ministers discussed opportunities and challenges associated with continued diplomatic efforts to reach a peaceful solution to the conflict. They also discussed bilateral relations.

Talks concerned Sweden's consular responsibilities as a protecting power for the United States, Canada and Australia. Sweden underlined the need for North Korea to abandon its nuclear weapons and missile programmes in accordance with Security Council resolutions. Other discussions centred on the humanitarian situation in North Korea, sanctions, and regional cooperation and security issues for countries including South Korea, Japan, Russia, China and the United States.