The Royal Swedish Academy of Sciences awards every year in Stockholm on 10 December the Nobel Prize according to the last will and testament of Alfred Nobel. 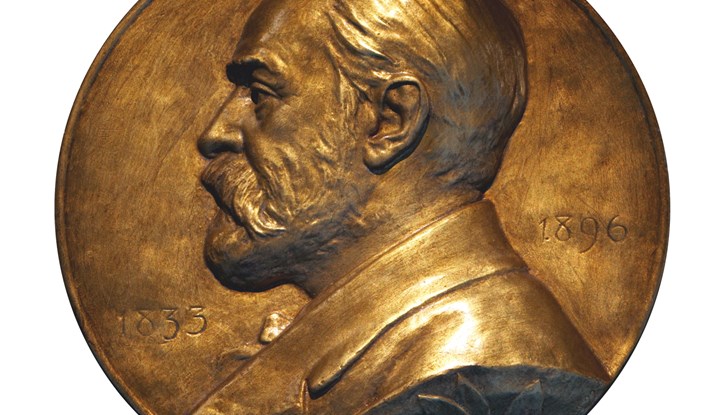 The Nobel Prize is an international award given yearly since 1901 for achievements in physics, chemistry, medicine, literature and for peace. In 1968, the Bank of Sweden instituted the Prize in Economic Sciences in Memory of Alfred Nobel, founder of the Nobel Prize.

The Prize Winners are announced in October every year. They receive their awards (a prize amount, a gold medal and a diploma) on December 10, the anniversary of Nobel's death.

On Monday 1 October the Nobel Prize in Physiology or Medicine was awarded jointly to James P. Allison and Tasuku Honjo "for their discovery of cancer therapy by inhibition of negative immune regulation."

On Tuesday 2 October the Nobel Prize in Physics was awarded “for groundbreaking inventions in the field of laser physics” with one half to Arthur Ashkin “for the optical tweezers and their application to biological systems”, the other half jointly to Gérard Mourou and Donna Strickland “for their method of generating high-intensity, ultra-short optical pulses” .

On Wednesday 3 October the Nobel Prize in Chemistry was awarded with one half to Frances H. Arnold “for the directed evolution of enzymes” and the other half jointly to George P. Smith and Sir Gregory P. Winter “for the phage display of peptides and antibodies”.

The 2018 Nobel Prize in Literature has been postponed.

On Friday 5 October the Norwegian Nobel Committee decided to award the Nobel Peace Prize for 2018 to Denis Mukwege and Nadia Murad for their efforts to end the use of sexual violence as a weapon of war and armed conflict.

Back To Croatia, Zagreb