5 gold medals were won by Swedish athletes competing in this year’s edition of the World Police and Fire Games in Chengdu (WPFG) which takes place in August. 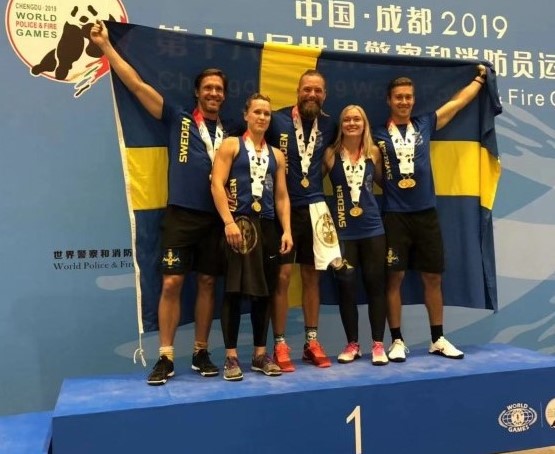 Police officers, firefighters and customs and correction officers from around the world are competing in Olympic-style events ranging from football, baseball and hockey to archery, CrossFit and wrist wrestling and more. The competition has been going on for a week and ends on the 19th of August.

The team and gold meddalist made a stop in Beijing on their way to the games and held a CrossFit training event with Embassy staff organised by Heyrobics and Slash CrossFit.