Pioneering Women in Film - Swedish director and actress Mai Zetterling (1925-1994) is the focus of a film programme at ACMI Cinemas in Melbourne in July. 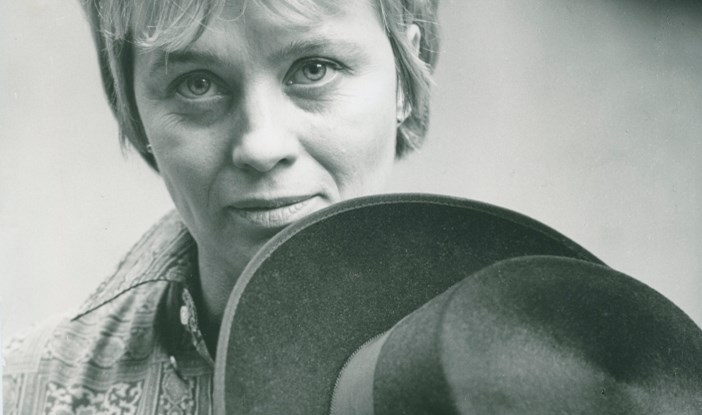 ACMI, Australia’s national museum of screen culture, has reopened after more than 18 months of building-wide redevelopment, being transformed architecturally, programmatically, and technologically.

As part of the film programme in July 2021 ACMI aim to celebrate one of the most unappreciated talents to emerge from a thriving, mid-century Swedish film industry, and her empowering transition from acting to directing.

After a working-class upbringing, including growing up for a few years in Australia, Mai Zetterling carved out an unexpected acting career as a movie star and as a stage performer. By transitioning from acting to directing, Mai Zetterling reclaimed a power. Of being an actress, she said, "showing my legs and my cleavage, I had been no threat at all: men could fantasise about me". When she became a director, that changed. Mai Zetterling is a feminist champion. Her feminist films in the 1960s were ahead of sweeping change as the second wave of feminism gathered momentum.

The programme shines a spotlight on a strong female voice from the 1960s and asks at a relevant time in contemporary society why Mai Zetterling is not more widely recognised. When many people think of Swedish cinema, Ingmar Bergman will come to mind, but at the height of his career, another
director was directing a fresh crop of films, sometimes banned, frequently ignored, often undervalued, that heralded a new wave of feminism.

Film titles will include (subject to change):

For more information about the film programme see;

Pioneering Women in Film - is an intiative by the Swedish Institute which pays tribute to women that have contributed to making the film industry a more gender-equal place. Gender equality is not only a human right, it is also the United Nations’ fifth goal of the 2030 Agenda for Sustainable Development. When it comes to gender equality in film, there is still plenty of room for improvement. Hence, the Swedish Film Institute together with the Swedish Minister of Culture announced their 50/50 by 2020 initiative at the Cannes Film Festival in 2016. The concept is now widely used by the international film industry.

The timeline Pioneering women in film tells the history of women in film, from its very beginnings until today and can be found here;