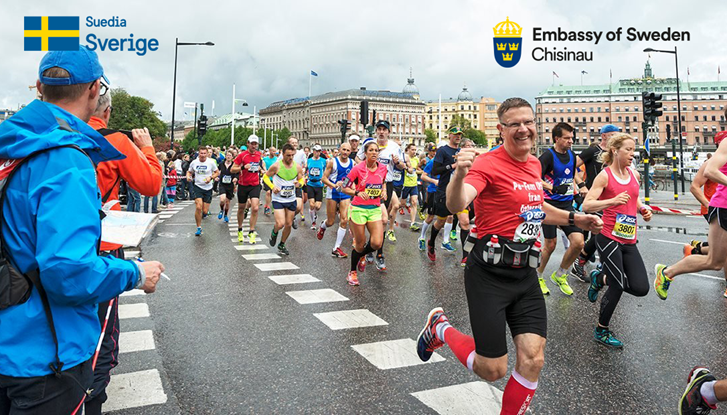 Getting informed: Here and now!

The Independent Journalism Center through its activities has strengthened its role as a leading media organization that promotes media education and critical thinking among media consumers. Taking into account that there is an increasing interest in media literacy initiatives among IJC beneficiaries, the optional course “Media Education” was piloted in high schools. Also, in 2019 the Independent Journalism Center opened a Media Hub, the first co-working space for journalists in the Republic of Moldova and has been an active defender of the rights and freedom of journalists.

Making sure we know our own rights and responsibilities!

Gender Doc-M jointly with ATIS Youth Friendly Center and TDV (Youth for the Right to Live) launched a project focused on LGBTQ+ community empowerment in the region specifically. In 2019 the LGBT Pride march "Sunt ok" gathered around 350 people and for the first time in the history of LGBT marches in Moldova, the march was attended by a member of the Moldovan Parliament. Also, Gender Doc-M, the first organisation in Eastern Europe and Central Asia which has started to provide Community Pre-Exposure Prophylaxis, an anti-HIV medication that keeps HIV negative people from becoming infected, engaged about 60 people in this innovative method of working with community.

In the context of the Cooperation Agreement with the General Police Inspectorate (GPI), IDOM carried out monitoring of the conditions of detention of persons held in police custody; trainings and strategic litigation activities, as well as, launched the campaign “Good Deeds Make Great Changes ” supporting the persons held in police custody. Furthermore, IDOM held trainings for journalists on freedom of expression, hate speech, also for staff of District Police Inspectorates, Prosecutor’s Offices and Temporary Placement Centers for Persons with Disabilities on preventing torture, degrading treatment.

IDOM monitored how the electoral rights were respected in the Psychiatric Hospitals and the Temporary Placement Centers for People with Disabilities during the parliamentary elections from February 24, 2019, the general local elections from October 20, 2019, as well as during the second tour of the November 3, 2019 elections, and came up with recommendations.

We can all help stop domestic violence. Stand up, speak out and act!

Women’s Law Center supported the members of the Association of Women in Police in understanding and responding to gender-based violence and sexual harassment at workplace. Furthermore, Women’s Law Center conducted analysis of compatibility of national legislation with the provisions of Istanbul Convention and contributed to development of the draft law to amend legislation in the field of preventing and combating domestic violence. In order to ensure efficient response to the needs of women in detention, Women’s Law Center developed, launched and distributed a best practices handbook for prison staff. Thanks to its work, Women’s Law Center received the Equality Award from the Council for Preventing and Eliminating Discrimination and Ensuring Equality.

In Transnistrian region thanks to Center Resonance activity a new permanent placing for the shelter in Tiraspol was officially commissioned in February 2019 and started to accept new beneficiaries from July 2019, 96 women and their children received specialized women’s support services by lawyer, psychologist and social assistant. Moreover, trainings on employability and entrepreneurship for 79 of women and girls were held; 239 local police officers, including district police officers, local juvenile inspectors, students of the Tiraspol Law Institute were trained on international experience in combating domestic violence and how to use instructions on preventing domestic violence.

Meeting the needs of our environment!

EcoContact shared and gained experience in terms of environmental justice through Summer and Autumn schools which were attended by judges, prosecutors and law faculty students. As a result, starting from 2020 Eco Contact team will be delivering training materials and a course for the National Institute of Justice. Furthermore, the modification for the Chapter on environmental crimes of the Penal Code, in partnership with Prosecutor Working group have been elaborated. Thanks to EcoContact’s experience, two organizations received support in adopting Green Office initiatives also, in developing  internal policies.

EcoVisio has involved, in various educational events, 1470 women and men from 133 different localities, circa 76% of which were from rural areas. More than 40% of EcoVisio’s program alumni continued their involvement in EcoVisio’s work, such as, organizing first edition of IarmareEco Bender, November 2019. EcoVisio Training Centre in Riscova village has grown its social entrepreneurship capacity, hosting 163 event days and 1730 visitors throughout the year. 55 informative videos created and shared, viewed 116,732 times across all platforms (Facebook, YouTube, VKontakte and Instagram).

Taking steps – even small ones – towards a reliable democracy!

Legal Resource Center organized the Justice and Anticorruption Forum, an event where more than 150 representatives of the judiciary, executive, parliament and civil society discussed about the problematic issues from the Moldova judiciary and the steps to overcome them. Also, assessed the gender dimension in the Moldovan court system and came with recommendations to improve the gender equality in the Moldova judiciary. An analytical document on Moldovan Justice in Figures, comparing the personnel, efficiency and funding of the Moldovan judiciary to 11 countries, to identify the potential arrears of policy intervention has been elaborated by Legal Resource Center.

East European Foundation through La La Play Voices project gathered 130 talented boys and girls from all over the country including Gagauzia and the left bank of Nistru river and socially vulnerable groups by empowering them with knowledge, attitudes, confidence in their own strengths and visions of personal and professional development.  Furthermore, East European Foundation together with Tarna Rom trained 100 Roma from 48 localities on political leadership, successful public communication, efficient election campaigns, as a result, 12 persons of Roma ethnicity were elected as local councillors. Also, about 350 young people from 15 localities from Ialoveni district were actively involved in problem identification in their communities and solving them through 40 community initiatives and projects. It should be mentioned that the Ialoveni YouthBank Program was launched in April 2010, by a group of young people from the district. They set out to be part of international network and be more involved in decision-making of their communities.