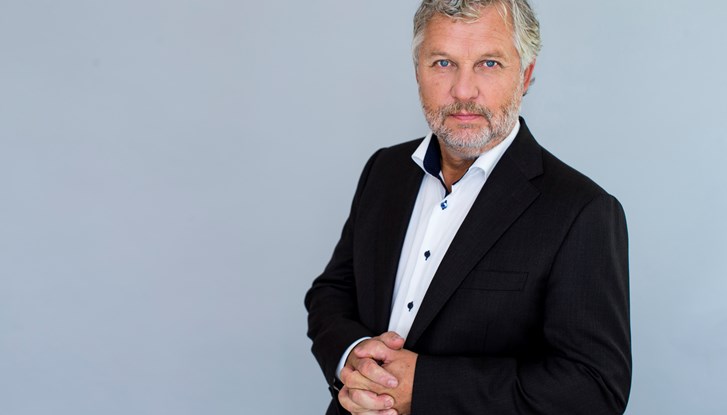 2019 marked the 10th anniversary of the Eastern Partnership. It was Sweden, together with Poland, that initiated the partnership within the European Union, and we have since then been a strong partner to the countries in the region. As we celebrated our first ten years together, we also had time to reflect over our common successes. Much has been achieved, but more needs to be done!

The relationship between Sweden and Moldova exceeds that of the Eastern Partnership. Our first cooperation started in 1996 through our development agency Sida. And our development cooperation together with Moldova has been successful throughout the years. To mention only a few examples, there is now a movement toward a more equal society where men and women will have the same chances to grow and develop as individuals and as active citizens; improved protection against domestic violence; development of small businesses in the tourism, textile, IT and small scale wine industries; increased knowledge and awareness about environmental challenges and solutions; improved tax administration which has resulted in increased tax revenues.

There are three areas where I see the need for stronger commitment from the Moldovan Government:

1. The inclusion of civil society and a pluralistic and free media landscape is essential for the development of a democratic society and needs to be ensured, also in the Moldovan context. That is why we work with core support to civil society organizations. The objective is to support the internal development of independent local organizations in different areas of work and help them to become well-functioning contributors to an open democratic society. Equally, media and journalists must be able and allowed to investigate and report freely.

2. Sweden expects real performance by the Moldovan leadership in the reform of the justice sector, the development of sound democratic processes and the fight against corruption. The importance of a functioning judiciary, dependable and predictable state institutions and powerful action against corruption cannot be overstated. It is essential for attracting investments, as well as for increasing state tax revenue that can facilitate investments in welfare, so essential to a healthy society. Sweden stands ready to assist dedicated and honest reform initiatives and will follow the progress closely, but we are also prepared to rethink our engagement should enough improvement not be visible. We will evaluate the Government´s efforts according to results, not promises.

3. Progress in development of the Moldovan society is slowed down by outdated infrastructure, energy insecurity and serious environmental challenges. All these areas need government action and investments and there are several ways to engage with the international community in this area. Sweden is one of the initiators and the largest bilateral donor to the Eastern Europe Energy Efficiency and Environment Partnership (E5P) – a multi-donor fund that finances projects to improve energy saving, water and wastewater treatment, street lightning, waste management and urban transportation. Moldova is eligible for E5P support and projects are underway in Chisinau and Balti. Implementation of modern technologies is the way forward to provide Moldova with clean heating and energy and secure its energy independence.

As Minister for International Development Cooperation I have visited several of our partner countries in Eastern Europe during the past year, and I am glad that the turn has now come to Moldova. The goal of the Eastern Partnership and the Swedish development cooperation is for the countries within the partnership to come closer to the EU. The EU-integration is crucial to Moldova’s pursuit of democracy, rule of law, openness and pluralism, as well as a sustainable economic development. We currently work to support the Republic of Moldova in its efforts towards European integration through programs in three key areas: 1) economic development; 2) democracy, human rights, rule of law; 3) environment and climate change.

For the continued effectiveness of our cooperation, we need to feel certain that our relationship with the Moldovan Government is firmly based on our common values regarding human rights, rule of law, democracy and good governance. These are questions which I will raise during my meetings in Moldova.

We see that pluralism in political participation is of great importance. Not least the participation of more women as well as minorities should be encouraged, on all levels. Important steps have been taken for more equal representation and we welcome the increased number of women elected in last year’s election and legal changes to facilitate it. This progress must be safeguarded and developed.

As a leading actor in international development cooperation, Sweden is working in Moldova as we believe that the country has enormous potential and that this cooperation benefits us all. By working together, we contribute to a better and safer world. The dedication Sweden feels to the Moldovan people in their effort to modernize and strengthen society is genuine and unwavering.

Therefore, let us look back on our long partnership and take advantage of what we learned. And let us not shy away from the challenges ahead. My firm belief is that if Moldovia succeeds with its reforms, citizens of both Moldovia and the EU will benefit from it.

The Minister for International Development Cooperation, Peter Eriksson, is visiting Moldova between the 10th and 12th February. Minister Eriksson will meet with the President of Parliament Zinaida Greceanii, Prime Minister Ion Chicu and Minister of Foreign Affairs and European Integration Aureliu Ciocoi as well as with several of Sweden’s partners in civil society and the private sector and representatives of the political opposition.

Swedish Reform Cooperation in the Republic of Moldova

Sweden is a committed long-term development partner to the people of the Republic of Moldova (Moldova) since 1996 through the Swedish International Development Cooperation Agency (Sida). The Embassy of Sweden in Chisinau manages an annual budget of around 110 million SEK (approximately 10 million EUR). Our work follows the Results Strategy for Reform Cooperation with Eastern Europe, Western Balkans and Turkey 2014-2020 and promotes European integration through three key areas:

- enhanced economic integration with the EU and development of market econimy;

- strengthened democracy, greater respect for human rights and a more fully developed state under the rule of law;

The Eastern Partnership (EaP) is the political framework for relations between the EU and the six partner countries in Eastern Europe (Armenia, Azerbaijan, Belarus, Georgia, Moldova and Ukraine). The EaP was launched in 2009 – Sweden was one of the initiators – and has meant increased focus by the EU on closer ties with the partner countries. Association agreements (AAs), including deep and comprehensive free trade areas (DCFTAs), are intended to pave the way for deepened cooperation with the EU institutions, adaptation to the common EU legal framework (the acquis communautaire) and increased access to the EU internal market, as well as a broader exchange of knowledge, ideas and experience. The EaP and the agreements have had many positive results, such as a marked increase in trade -the EU is now Moldova’s primary trading partner, as well as visa free travel to the EU for Moldovan citizens.