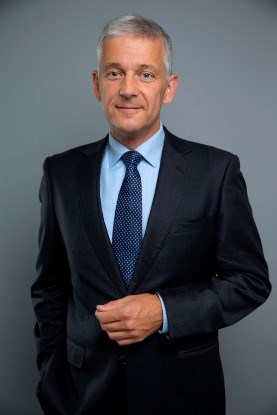 Ambassador Mikael Eriksson presented his letter of credence to the President of the Republic of Estonia on September 4, 2018.

Before taking up his current position, Ambassador Eriksson was the Ambassador for international energy affairs at the Swedish Ministry of Foreign Affairs and Team Leader for Climate, Energy and Environment at the Ministry’s Global Agenda Department.

Ambassador Eriksson has served as Ambassador of Sweden to the Republic of Azerbaijan, with residence in Stockholm. Previous diplomatic postings include the Swedish Embassy in Ottawa, where he served as Deputy Head of Mission, the Swedish Permanent Representation to the European Union, where he held the position of Antici counsellor, and the Swedish Delegation to the OECD.

Ambassador Eriksson has a Masters degree in Business and Economics from the Stockholm School of Economics.