Join us live in Stockholm as the Nobel Foundation pays tribute to this year’s Laureates in a ceremony in the Golden Hall at the Stockholm City Hall. 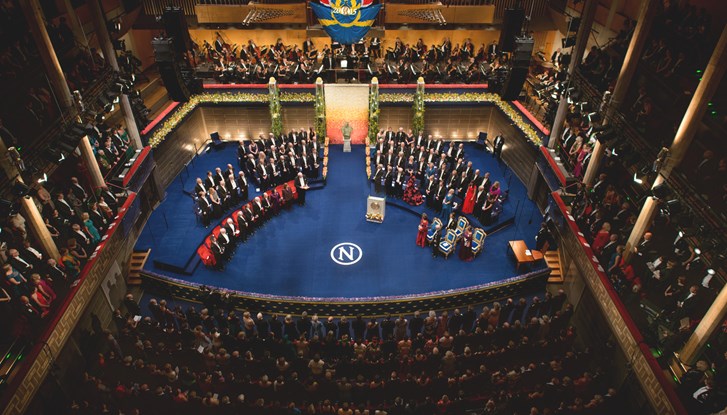 Speeches by Carl-Henrik Heldin, Chairman of the Nobel Foundation, and by members of the prize-awarding institutions will be interwoven with the ceremonial presentations in the Laureates’ home countries. H.M. the King of Sweden will participate in the form of a digital greeting. The ceremony will be framed by musical interludes. Stefan Forsberg, Executive and Artistic Director of Konserthuset Stockholm (Stockholm Concert Hall) will serve as master of ceremonies, with the performances directed by Linus Fellbom.