Webinaire : 54 days of a sovereign United Kingdom- What now for the UK and the EU?

54 days of a sovereign United Kingdom - What now for the UK and the EU? 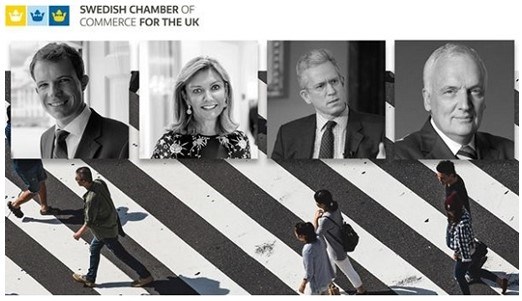 After years of debating, delaying and discussing, Britain finally left the European with a trade deal on 1 January 2021. But what now? What is next for the United Kingdom, and where is it heading? In the aftermath of a hard pandemic-hit and Brexit infused recession, what are we to make of its new relationship to its greatest neighbour, the European Union? This, against a backdrop of a United States in turbulence, and years of distancing itself, and a rising China. How do we emerge stronger?

The discussions are moderated by Nik Gowing, Director and Founder of Thinking the Unthinkable and former BBC news anchor.Join in on the discussions and secure your spot today.

This event is organised by the Swedish Chamber of Commerce in the UK in partnership with CCSF.

This event is free for our members, please indicate that you're a member of the CCSF when you sign up