Welcome to this exclusive screening of the Swedish film 'Tigers' at Cinema Galeries, organised by Polarise Nordic Film Nights. 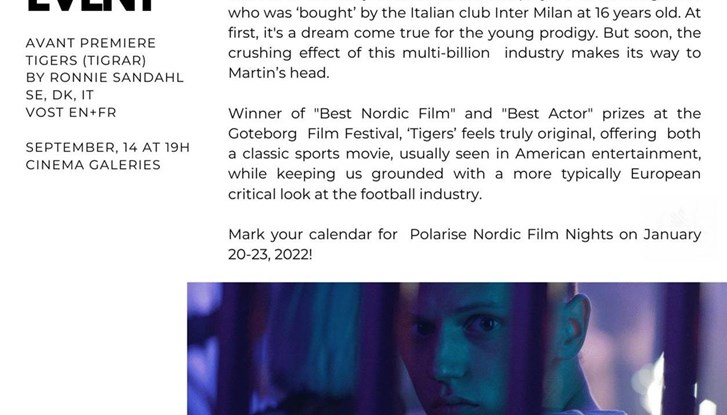 'Tigers' ('Tigrar') is a Swedish coming-of-age story directed by Ronnie Sandahl, set in the shiny and competitive football industry. The critically acclaimed film was this year's winner of the Göteborg Film Festival (Best Nordic Film and Best Actor). Director Ronnie Sandahl will join the event live from Sweden after the screening of his film, to chat with the audience at Cinema Galeries!

The event will mark the official launch of Polarise, a new initiative to promote Nordic films in Belgium.

More information and tickets below!