Sweden has long been ranked as one of the most creative and innovative countries in the world, with accolades for its contributions to music, design and technology. This exhibit explores the connection between Sweden’s many technological innovations and the nation’s commercial musical prowess. 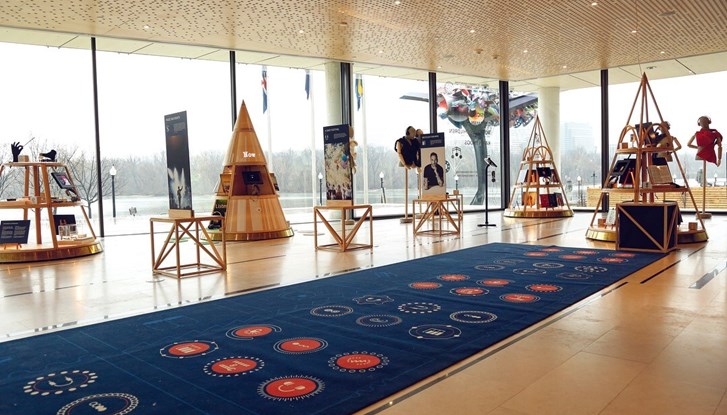 In today’s business environment, tech startups thrive in Sweden, developing new solutions to age-old problems big and small. Some companies remain small-scale and agile while others rise to become billion-dollar “unicorns.” From video games to communication tools, a slew of innovative products have followed in the tracks of Ericsson and Skype.

You’ve probably used a Swedish invention today, perhaps when you checked for new releases on Spotify or just by zipping up your jacket. Given Sweden’s long history of musical excellence, it’s hardly surprising that tech companies in Sweden also excel in the world of music. Sweden offers universal music education and is among the top nations per capita both in number of choirs and number of global stars, from dancing queens to house mafias.
Startups and music share one thing in particular: creativity, something of which Swedes have plenty.

As you explore this exhibit, you will trace the footprints of notable Swedes and Swedish companies and learn how Swedish innovation is shaping the future. You will even be able to use the weight of your own footprints to create a musical landscape and explore how many jobs are created in the United States by Swedish companies and trade. #USjobsbySweden

Join us on this journey to learn more about the creative nation of Sweden!
#SwedishFootprints

Opening hours:
Saturdays & Sundays 12 pm – 5 pm. FREE admission and guide on site. The exhibition will be extended to February 24, 2019.

Originally on display in House of Sweden until December 16, 2018.

Curated by: The Swedish Institute.