Ingmar Bergman’s imagery continues to inspire artists of all genres today. During the 2018 Bergman Centennial Year, many new films inspired by Bergman’s legacy are being released by contemporary filmmakers. 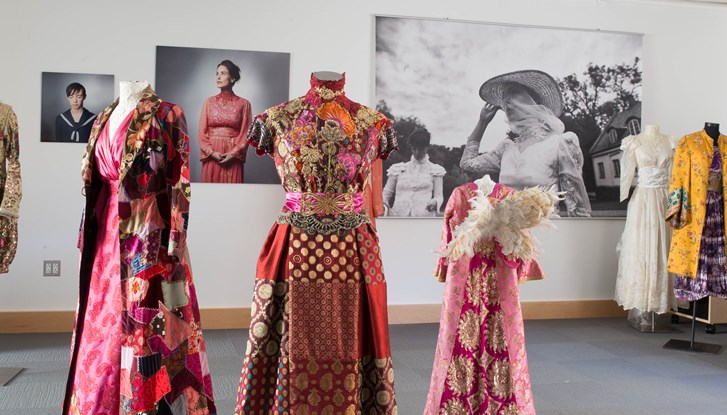 This exhibit explores the creation of a Bergman atmosphere through costumes and imagery. Legendary costume designer Nina Sandström displays historic and contemporary garments, including original costumes used in Bergman productions and new designs created for films like Bergmans Reliquarium, in which classic Bergman scenes are reimagined and reinterpreted by contemporary Swedish actors.

The costumes are paired with Magnus Länje’s large-scale photography that plays with Bergman’s visual legacy through portraiture and through photography of the milieus that shaped Bergman as a storyteller. Länje’s portraits refer to past productions and create a new dialogue with contemporary viewers, and photos of Bergman haunts allow viewers to step into his footsteps. Magnus Länje is a renowned photographer based in New York and Stockholm.

Opening hours:
Saturdays & Sundays 12 pm – 5 pm
FREE admission and guide on site.
The exhibition will be on display in House of Sweden until June 24, 2018.

An extension of the exhibition at House of Sweden will be displayed at The Kennedy Center during the run of Bergman’s ‘After The Rehersal & Persona’ between April 16-22, 2018, as part of the Bergman 100 celebration.