EXHIBITION: A Never-Ending Whispering Conversation – The Fanny and Alexander Process

Ingmar Bergman was a Swedish film and theatre director, scriptwriter, theatre manager, playwright, and author. The iconic Swedish auteur’s body of work for film and theater brought a new level of psychological depth and intimacy to all disciplines of the performing arts and is being celebrated internationally throughout 2018 as part of the Ingmar Bergman Centennial. 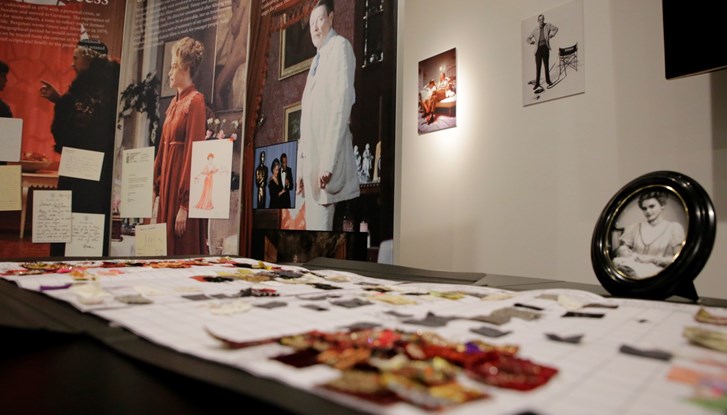 Ingmar Bergman wrote Fanny and Alexander in a matter of months, yet his preparations started in early childhood. Bergman wrote the first scenes – staged at his grandmother’s home in Uppsala – when he was a boy, and in 1957 he wrote in his workbook that what he would really like to make is “that Uppsala film. That childhood world.” It took 20 years for the opportunity to arrive, when he could recreate the home his memory had filled with mythical secrets, the furniture conducting “a never-ending whispering conversation.” His writing process can be traced from the entries in his workbook to handwritten original scripts and finally to the production’s printed shooting script.

The exhibition “A Never-ending Whispering Conversation” explores the process of developing Fanny and Alexander with facsimiles from the Ingmar Bergman archive. Produced by Ingmar Bergman Foundation, a part of the UNESCO World Heritage List. The Ingmar Bergman Foundation was created on the initiative of Bergman himself in 2002, when he donated his archive – scripts, notebooks, sketches, photographs and letters - his life’s work. Today, Ingmar Bergman Archives consist of thousands of documents and around 10,000 letters to and from Bergman: a unique collection of material from more than 60 years of continuous artistic activity.

Opening hours:
Saturdays & Sundays 12 pm – 5 pm
FREE admission and guide on site.
The exhibition will be on display in House of Sweden until June 24, 2018.