EXHIBITION: Ingmar Bergman and his Legacy in Fashion and Art

In 2018, the world is celebrating the legacy of Swedish director, producer, and screenwriter Ingmar Bergman. The iconic Swedish auteur’s body of work for film and theater brought a new level of psychological depth and intimacy to all disciplines of the performing arts. 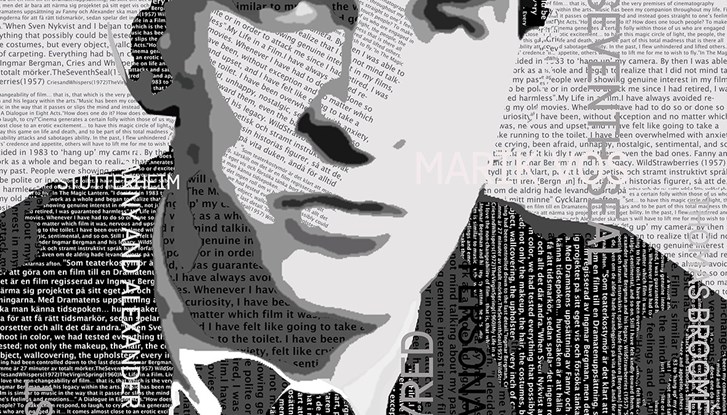 The Life and Work of Ingmar Bergman
The Ingmar Bergman timeline provides photos, texts and a diagram of his extensive output which includes around 60 films, 172 theatre productions and approximately 300 writings.

Opening hours:
Saturdays & Sundays 12 pm – 5 pm. FREE admission and guide on site. The exhibition will be extended to February 24, 2019.

Originally on display in House of Sweden until December 16, 2018. #Bergman100