Mind the Gap Award and Summit 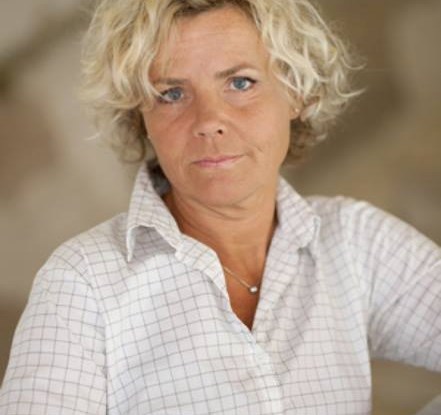 The Mind the Gap Award recognizes those persons whose work and leadership inspires the movement towards greater equity in film.
Anna Serner is recognized internationally as one of those in the forefront of the charge towards gender equity in film, she has put her money where her mouth is. She was one of the first to commit to financing women's and men's films equally in her role as CEO of the Swedish Film Institute. Serner is a renowned speaker on this topic and has commissioned several studies, including the recent "The Money Issue," which is the theme for this year's Mind the Gap Summit. In 2016, Serner presented the 50/50 by 2020 initiative at the Cannes Film Festival. The movement has spread, inspiring the 50/50 Pledge launched at Cannes in 2018, signed by numerous international film festivals including MVFF.
Mind the Gap Award presentation
In honor of Serner's work, MVFF42 has an Eye on Sweden focus and will be presenting Serner with the Mind the Gap Award at the screening of Gabriela Pichler's Amateurs on Friday, October 4 at 6:30 pm.

When: Friday, October 4 at 6:30 pm
Where: The Rafael Film Center, 1118 Fourth Street San Rafael
For more information: Anna Serner Mind the Gap Award.
Mind the Gap Summit
Anna Serner will be the keynote speaker at the Festival's annual Mind the Gap Summit. This year's Mind the Gap theme "Money" was inspired by Anna's work with the Swedish Film Institute and is focused around "Money as financing, as power, as gender equity".
When: Saturday, Oct 5 at 9:00 am - 3:00 pm
Where: The Outdoor Art Club and the Sweetwater Music Hall, Mill Valley