Joseph Stiglitz and other world class economists gave recommendations to a possible Dar es Salaam Declaration based on the principles for inclusive development of Stockholm Statement. 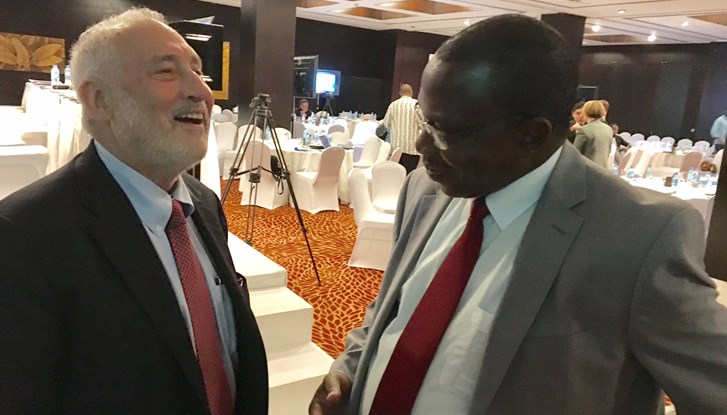 Tanzania needs a multipronged approach. Balance market state and community – Checks and balance and media. The problem is not with globalization but how to manage it. Measurement matters, and natural resources can be a blessing. 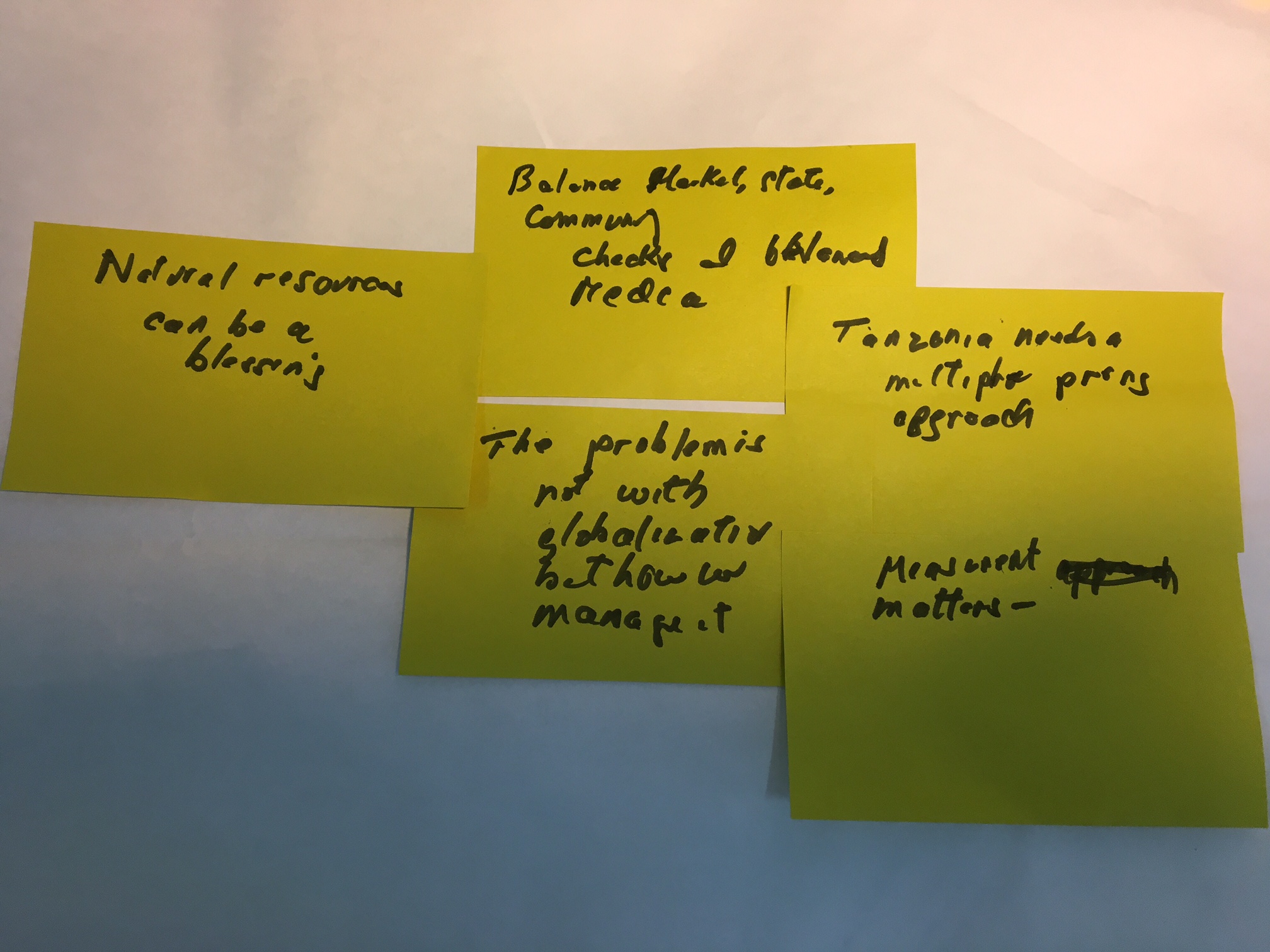 That was Nobel Laureate professor Joseph Stiglitz contributions to a Dar es Salaam Declaration on Tanzania’s path-way towards deepened inclusive growth. Together with professors Sabina Alkire and Kaushik Basu, he was in Tanzania to discuss ways forward for the economic policies with Government of Tanzania and the research community. All based on the Stockholm Statement.

The high level international economists brought a new opening and fresh air into constructive discussions on Tanzania’s priorities. A very engaged Dr. Mpango, Minister of Finance and Planning opened the day, saying that “This is a very rare opportunity and an honor to our country… Bringing together great minds… I am very excited by the theme of the conference!”

The conference, named “Equitable growth and human development in a resource-based economy: Dialogue on the Stockholm Statement in Tanzania”, was attended by more than 300 persons from Government, civil society, private sector, academia and the international community and was widely appreciated by participants and visitors. Framing the conference was Stockholm Statement, the 8 principles on inclusive economic development that were the result of a meeting hosted by Sida in Stockholm 2016, attended by 13 leading development economists under the lead of Professors Stiglitz and Basu.

As Swedish ambassador Katarina Rangnitt stated: “The purpose of inviting the world-leading professors and organize the conference was to contribute to the debate on inclusive economic development in Tanzania, as well as to provide an opportunity for advice and dialogue with the Government of Tanzania on this theme.”

Minister Mpango stated that he is followed by the question why Tanzania continues to have high poverty numbers while economic growth is strong and the country is so well endowed with resources. Among other explanations, he cited technology and skills gap, lack of financial capital, corruption, lack of access to global markets, lack of linkages between sectors and participation in high-growth sectors, as well as lack of strong government and smart policies.

Professors Alkire, Stiglitz and Basu made interesting suggestions for Tanzania, focusing on the need for an open architecture between state, market and community; encouraging Tanzania to take the lead in formulating the policy agenda also globally; managing the natural resources to benefit the whole country; measuring development in a multidimensional matter and apply a multi-pronged approach to development and not put all hopes on manufacturing. 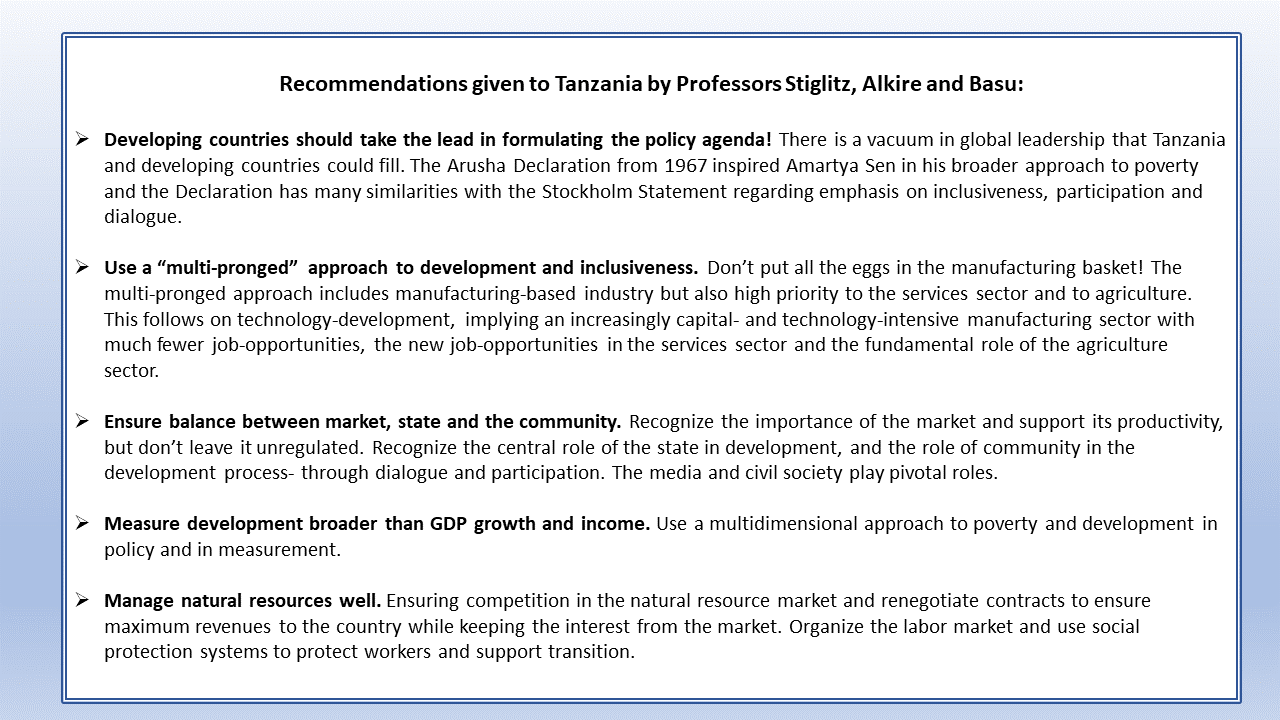 The conference was live streamed, and streaming events were set up around Tanzania and in Sweden. The #StockholmStatementTZ hashtag trended on Twitter in Tanzania with about 2,2 million in reach, and great appreciation was expressed for the high-quality presentations. “This brought oxygen to my brain!” as one of the participants expressed it. The presentations and panels infused new ideas to the discussions on ways forward to ensure inclusiveness in Tanzania’s economic development.

The conference has also created a new momentum for dialogue on inclusive economic development issues, including issues related to participation and openness as well as media and civil society’s pivotal role for development. A process toward a possible “Dar es Salaam Declaration” has been started which is something the Embassy look forward to participating in developing and following.

More about the conference and its speakers here: http://esrf.or.tz/conference/

You can find the presentations from the conference and the lecture at UDSM below as pdf-files.

Below are two films. One is a short film about Stockholm Statement and its principles. The other film is the first part of the conference. To watch the whole conference (in 6 parts), follow this link: https://www.youtube.com/channel/UCT5jQx38HY6FVZUkg4XmofA

Back To Tanzania, Dar es Salaam