After the Inauguration of a high voltage transmission line between Makambako and Songea on April 6th, up to 100,000 people will gain access to power from the main electricity grid. 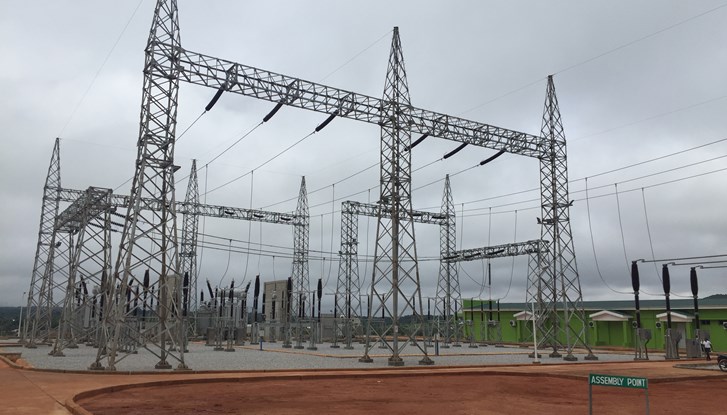 Increasing access to modern and environmentally sustainable energy services, not least for the rural population, is a prerequisite for economic and social development. Although recently, there has been an acceleration in electrification efforts in Tanzania, large areas remain without access to electricity.

As a response to this, Sweden has for several decades, supported the energy sector in Tanzania. During the past two decades Sweden has invested significantly in rural electrification, through Tanesco and the Rural Energy Agency (REA). The objective is to improve the lives of women and men living in poverty by giving them access to energy. Access to electricity means better service in schools and hospitals, better access to communication and information and greater opportunities for poor women and men to make a living.

Having access to electricity alone is not sufficient to reduce poverty, but it is an important prerequisite and factor for social development and economic activity. For instance, health clinics and hospitals with access to electricity are better able to store vaccines and take care of urgent matters such as births.

This improves life and security for mainly women and children. Availability of lighting in the home increases women's literacy and educational levels while lighting in public places increases the safety of communities, particularly for women, and allows women greater access to public gathering
The purpose of the Makambako-Songea project is to provide sustained access to reliable and affordable electricity in the Njombe and Ruvuma regions. This will contribute to improvements in income generation, education, health, security and the environment. The Agreement between the Governments of Tanzania and Sweden was signed in 2008. In this, Sweden committed almost 700 million SEK, the equivalent of 165 billion TZS. This was directed to the construction of a transmission line and the subsequent connections to households. Up to 100,000 people, in 22,000 households, living in 120 villages, have been identified as beneficiaries of the new high voltage transmission line. See interview with one of them below.

In addition to electrification, this project has enabled Tanesco to turn off the diesel power stations in Songea, Mbinga, Namtumbo and Ludewa. Avoiding the cost of running generators will benefit the government economically and help eliminate air pollution. Pollution caused not only by the generators but also from transporting fuel for those generators. By also reducing the emission of greenhouse gases it is a significant step towards a cleaner energy sector.

At the inauguration ceremony in the presence of his excellency President Dr John Pombe Joseph Magufuli, H.E Ambassador Anders Sjöberg stated that:
With this enhanced infrastructure and extended electrification, households can finally be electrified, clean water can be supplied, clinics can deliver better services, schools can offer better studying conditions and businesses can grow.

Back To Tanzania, Dar es Salaam