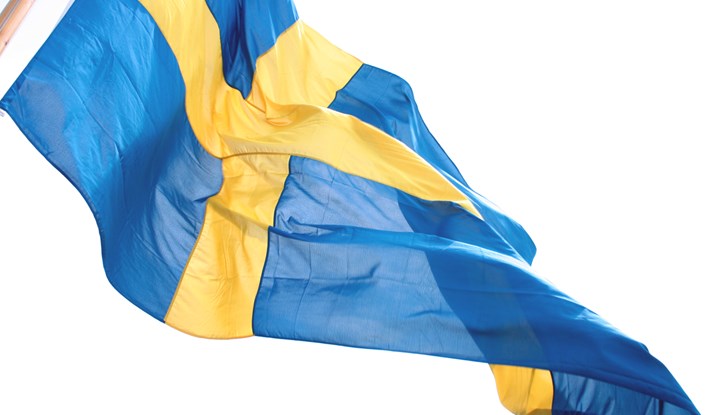 The nostalgia I harbored around the struggle against Apartheid was shocked out of my Swedish system on May 31 when I heard Koleka Putuma, born in 1993, read 1994: A Love Poem, from her newly published collection of poetry (Collective Amnesia, (uHlanga Press, 2017):

I want someone who is going to look at me

the way white people look at

Instead, my nostalgia was replaced by feelings of personal pain and abandonment…a whirlwind of images of not feeling loved and beautified through love because of people and history obliterating you. Yet it doesn’t end there in this layered image.

I had followed Putuma and other young South African voices for a while before being appointed Cultural Attaché to the Embassy of Sweden in Pretoria. In connection with the publication of collection of poetry Collective Amnesia in 2017, the Embassy struck up a cooperation with Hear My Voice, who arranged her book launch in Pretoria.

Putuma’s burst onto the literary scene is a powerful example of a young (global) generation seeking voices and expressions, questioning the old and leading the way into something else, something new. Hers is a lyric voice of mystery and metaphor demanding that you reexamine your wounds and your life, thrilling your ear with rhythm and contradiction. Some of Putuma’s poems read as prayers for harsh times – the poem Lifeline begins with listing 68 names of women artists, thinkers, writers and activists from Bessie Head and Audre Lourde to Maneo Mohale and Mohale Mashingo, ending:

you will say that this is not a poem

and I will say that you are right:

it is a lifeline.

is a gospel shut up in my bones.

In Sweden the poet Athena Farrokhzad (born 1983 in Teheran, raised in Gothenburg, Sweden) made a similarly exceptional debut with her collection of poetry White Blight (Vitsvit, Albert Bonnier Förlag, 2013), becoming a praised and controversial poetic voice of younger generation overnight. In her text whiteness and violence tear through a family bound together by revolution and migration:

Farrokhzad is also a translator, playwright and educator, and one of six writers from Sweden heading to South Africa for the 2018 South African Book Week.

Frankie Murrey of Open Book Festival, who is hosting three Swedish writers this year, including Farrokhzad, has this to say about working with a new generation of writers:

“We firmly believe that it is through stories that we understand ourselves and each other. They aid us to build empathy, to renegotiate our collective and personal histories and how we bridge the divide between generations. From the very beginning, the audience we aimed to attract needed to be young, vital and engaged. Which meant we needed to ensure that the writers and poets we invited appealed to that audience as would the program we curate.

We have worked together with the Embassy of Sweden to find the right authors to join us at the festival as well as on the different elements in which they will be involved.

This year we look forward to welcoming Athena Farrokhzad, Jonas Bonnier and Anna Dahlqvist, all of whom we know will resonate with local readers for so many different reasons.

Sweden as well as South Africa, is challenged by questions of distribution and falling numbers in print editions.  The countries are facing the issues in different ways.

Nick Mulgrew, the 28-year-old founder and publisher of uHlanga Press, who commissioned Putuma’s record selling debut and is the South African distributor of Farrokhzad’s White Blight, was selected as a Gothenburg Book Fair Fellow in 2017, Scandinavia’s largest book fair:

In Sweden, South Africa has a model of a small-to-mid-sized country with a literary industry that is thriving and interesting, is given support by its government and is seeking innovations that make sense for their population and readership. Such a pragmatic, yet invested and exciting approach to bookmaking and bookselling is needed in South Africa, where books are nowhere near their potential as a source of entertainment, a font of knowledge, and a catalyst for nation-building.

Since Gothenburg in 2017, one of my authors, Koleka Putuma, has traveled to and performed in Sweden, while my publishing house uHlanga has been pushing to bring down the Swedish poet Athena Farrokhzad, whose collection White Blight we are publishing in English in South Africa for the first time, in association with her US publishers Argos Books.

Koleka Putuma is scheduled to appear at Gothenburg Book Fair, later this year.

Hear My Voice is a non-profit organization based in the City of Tshwane focused on developing young spoken word artists as well as creating open and uncensored platforms for youth to express themselves through spoken word poetry. HMV is engaged in a long-term project on youth poetry exchanges in Sweden with among others, the poetry festival Ordsprak. In February three poets from Sweden toured Gauteng for ten days, and in September a delegation of poets from South Africa travel to Uppsala and Stockholm.

One of the founders, the poet Phomolo Sekamotho, 28 years old,talks about the importance for him personally, of being involved in international cooperations:

“We live in a society that's cognizant of the power that youth possesses, but is yet to fully express faith in the young people. Now we dream even bigger.”

For Maria van Driel, director of The Jozi Book Festival, international solidarity, and creating a culture of reading and writing are important factors driving her work and vision. She draws parallels to the Swedish history of working class literature – a genre that came out of the working-class struggle for democracy at the beginning of the 20th century. It promoted education broadly and produced writers such as Nobel Laureates Eyvind Johnson and Harry Martinson, both from extremely poor backgrounds, and both came to explode the boundaries of the literary form and content of their time.

One of the greatest reads of my life is Harry Martinson’s Aniara, an epic poem about a spaceship in which a few thousand humans flee the destruction of the earth. The spaceship drifts off course into an endless universe, while its inhabitants remember the lost earth. Written during the Cold War, fear of nuclear winter its back drop, it could just as well have been penned today with the threat of climate catastrophe at our door step. My beloved grandmother, who passed away two years ago, requested I read a part of the poem at her funeral. I read the part where one passenger imagines his home and childhood in Karelia (northern Scandinavia); the cuckoo and the white nights…

…but – as the passengers are all eternally caught on the space ship, the narrator of the poem serves up an image for all humanity and every single life lived:

now we have fathomed what our space-ship is
--a tiny bubble in a glass of God.

Both Martinson and Johnson traveled abroad early, which hugely impacted their writing and world view.

This year the 10th Jozi Book Fair Festival focuses on Literature and Working People, drawing on the history and struggles in both Sweden and South Africa to improve the lives of all human beings. This cooperation - at the level of youth, women and working people – deepens diversity, tolerance and respect.

Khanya College and Jozi Book Fair welcomes four writers from Sweden this year (including Farrohzad) who will give workshops, lectures and more.

The exchanges involving young literary voices between Sweden and South Africa are not a question of having the same world views or opinions. At the heart is the making of space for quality literature, for the writers that will form the canon of tomorrow and for the readers that will be engaged, provoked, and touched.

And as for nostalgia? It has no room in living literature – but memory does.

To read more about Sweden's participation in SA Book Week, follow the link below: