Cape Town - Since 2013, a global network of cultural creators, journalists and academics has held an annual meeting to gather and share knowledge about both threats to and solutions around artist and writers under the umbrella of the Safe Havens conference. 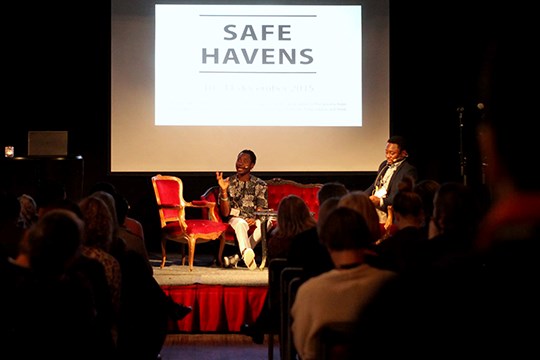 The event will take place for the first time on African soil when the  mother city hosts the summit from the 4th to the 6th of December 2019  in partnership with the City of Cape Town municipality. The aim is to  bring together many participants from the African continent, together with global organisations active in the work to protect vulnerable cultural creators: intergovernmental organisations, sanctuaries, human rights lawyers, and others.

Journalists, writers, dramatists, visual artists and musicians are censored, persecuted and imprisoned all around the world. Organisations that work with human rights, democracy and freedom of  expression, linked to the arts and academia: Freemuse, SafeMUSE,  ICORN, Reporters Without Borders, PEN International, Scholars at Risk to name a few - gather under the same roof at the Safe Havens  conferences and have a unique opportunity for knowledge-building and  networking with all different parts of this sector globally.

The goal of the Safe Havens conferences has been to create a context  where networks in the area of ​​freedom of expression and human  rights in artistic practice can meet across disciplinary and national boundaries. This is to create greater inclusion and commitment to protecting

persecuted creatives. It is important to create a place where authorities, organisations and activists can meet and discuss the  issues; to meet on equal terms and learn from each other. It is  coordinated by the Museum of Movements in Malmö, Sweden, and in  addition to local sponsorship and a range of funding through, among others, the Swedish Ministry of Foreign Affairs, the Norwegian

Ministry of Foreign Affairs, and the Swedish Institute. Since 2013, these meetings have taken place in Malmö, gathering around 200 participants from all over the world. From this year, the Safe  Havens meeting will take place in different parts of the world, in  order to gather more knowledge about challenges and protective  initiatives in the global work for freedom of expression, press  freedom, artistic freedom and academic freedom. Thanks to the Swedish  Embassy in Pretoria, non-profit organisations such as HART and PEN  South Africa and a cooperation agreement between Malmö City and the

The purpose of this year is also to mobilise and coordinate forces that work for freedom of expression and artistic freedom across Africa. For security reasons, not all names of participants are given out, but an important part of this year's event is that Zimbabwean  musician Cris Gera, who currently has refugee status in Piteå, Sweden will release his new album during the meeting in Cape Town. The album is produced by the Norwegian organisation SafeMUSE, which works to  protect musicians who are exposed to threats and censorship around the world.

“I am very happy to have received refugee residence in Piteå, it gives me many opportunities to reach out with my music and I have  gained a new audience. Of course, one of the difficulties of being an artist in exile is that it is difficult to be present for my original fan base in southern Africa. But now, through SafeMUSE and the Safe Havens meeting, I have the opportunity to do an album release in South Africa. I get to show that I still have relevance in the  region. It is a big deal!“ remarked Cris Gera.

Speakers at previous meetings have included the likes of Tunisian blogger Lina Ben Mhenni and UN Special Envoy for Cultural Rights Karima Bennoune and Egyptian rock musician Ramy Essam. The speeches, panel talks and artistic performances will be filmed and made available online so that even those who are unable to physically attend can experience the conference.

Embassy of Sweden in Pretoria

Head:  The Museum of Movements, City of Malmö, Department of Culture