In both Sweden and the Netherlands, the startup sector is booming. According to the Startup Genome ranking the Stockholm and Amsterdam startup ecosystems were both ranked top 20 globally. During the high-level Startup Summit speakers discussed the factors behind the thriving startup sectors in both countries, and how a long-term collaboration can lead to an even better performance of our startup-ecosystems. Prince Daniel of Sweden and Prince Constantijn of the Netherlands honoured the event and made introductory remarks about their view on the importance of startups and what the countries can learn from each other. 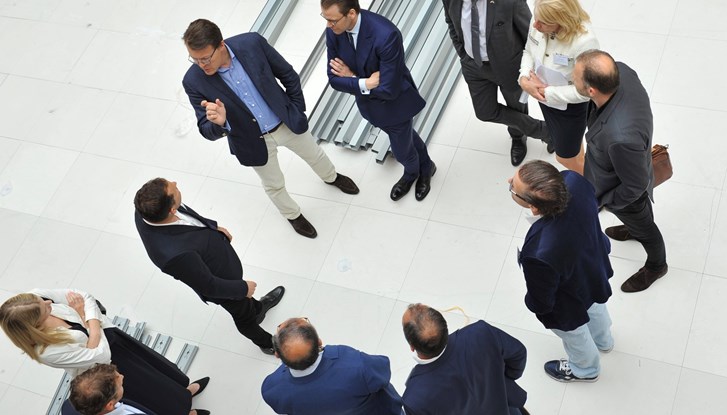 Prince Daniel and Prince Constantijn on a guided tour around the brand-new premises of Epicenter Amsterdam by CEO and co-founder Patrick Mesterton. Photo: Carolina Nordholm, nordholmphotography.com

The two princes were invited due to their engagement in entrepeneurship and startups. Prince Daniel is committed to enterprise and works to promote entrepreneurship among young people, eg. through the project Prince Daniel’s Fellowship. The idea behind the project is to inspire young people to become entrepreneurs and to support ambitious young entrepeneurs in growing their business. Prince Constantijn is Special Envoy at StartupDelta, the accelerator for the startup ecosystem in the Netherlands, and advises companies and the European Commission on their digital innovation strategies.

The Swedish State Secretary for Enterprise and Innovation, Stina Billinger, and the Dutch State Secretary for Economic Affairs and Climate Policy, Mona Keijzer, discussed how policymaking and financial support can help the startup sector flourish, and what the two countries can learn from each other. The event was the starting point for a long-term collaboration between the two countries within the startup sector.

- For me, it is very important that our startup sector is doing well, because then startups become scale-ups and that’s good for the economic growth. […] The three most important things we can help startups with are access to talent, access to funding and access to connections, says Mona Keijzer.

- One important factor for startups is gender equality – women cannot stay at home with the children and scale-up a company at the same time, says Stina Billinger.

The summit was held the day before the opening of conference The Next Web, in the brand-new Amsterdam premises of Epicenter. a digital innovation house and destination for large corporates and fast growing digital scale-ups looking to learn, inspire, collaborate, grow and innovate with impact.

“Startup Summit Sweden – The Netherlands” was organised by the Swedish Chamber of Commerce, The Embassy of Sweden in The Hague and the Dutch Ministry of Economic Affairs and Climate Policy.

Back To Netherlands, The Hague