The Swedish Embassy in Tirana has the pleasure to invite you to the screening of the Swedish Film Festival at Tirana Amphitheater in the Lake Park and we are honored to organized the event in cooperation with our partner the Municipality of Tirana & APR in 13-14 September 2021.

Films will be shown in Swedish with Albanian subtitles. Entrance free, no tickets.

The film selection for this year:

Emma wants to become a fashion model and ask Pär Johansson and the Glada Hudik-theatre for help. An unattainable dream for most, especially if you have a disability. Together with a group of unusual models they begin a bewildering journey.

Alice realises she is going to lose her ongoing custody battle. She decides to take her two children away on a package holiday without consent, in a final attempt to win them back.

Amanda Kernell was born in 1986 in Umeå, located in the far north of Sweden. Her roots are in two cultures, due to her Swedish mother and Sámi father. Since 2006, Kernell has directed several acclaimed shorts for the production company Direktörn & Fabrikörn, including Semestersystern (The Holiday Sister / My Summer Holiday Sister) which was Best Short at the 2009 BUFF Children and Young Adult Film Festival
In 2009, she was accepted by the National Film School of Denmark for their prestigious 4-year Film Directing programme.

When Hanna's beloved father, the priest with the big beard, tells her that he's really called Marianne, Hanna's world falls apart. None of her courses in norm creativity can help; she hates Marianne who has stolen her dad away. But for Marianne there's no turning back; she has to be who she really is - finally.

Mårten Klingberg, born in 1968, studied film at Dramatiska Institutet and is a writer/actor/director. His short Victor and His Brothers (2001) won many awards and was nominated for the Student Oscars. He has directed several television series and acts in the feature Keillers Park (2006). He was a professional lambada-dancer in Tokyo in 1990.

A mother and daughter are on their way to Stockholm to celebrate the daughter's 14th birthday. On the train, the mother starts acting weird and the daughter fears that another psychotic episode is about to take possession of her mother. Despite the symptoms, they try to continue the vacation as planned. When the mother's condition worsens, the daughter is left by herself and gets to explore Stockholm on her own for a few magical, solo days and nights. Psychosis in Stockholm is a heightened drama about a fantastic and unconditional mother-daughter relationship.

Maria Bäck has a background in poetry and dance. She graduated from The National Film School of Denmark in 2013 and was the winner of Nordic Talents the same year. Based in Stockholm and Copenhagen, she works freely, combining different methods, format and genres, always with a close and early collaboration with her team. She was the pitch prize winner of Eurimages co-production award for her feature “Psychosis in Stockholm”, a film that marks her debut as a fiction director. 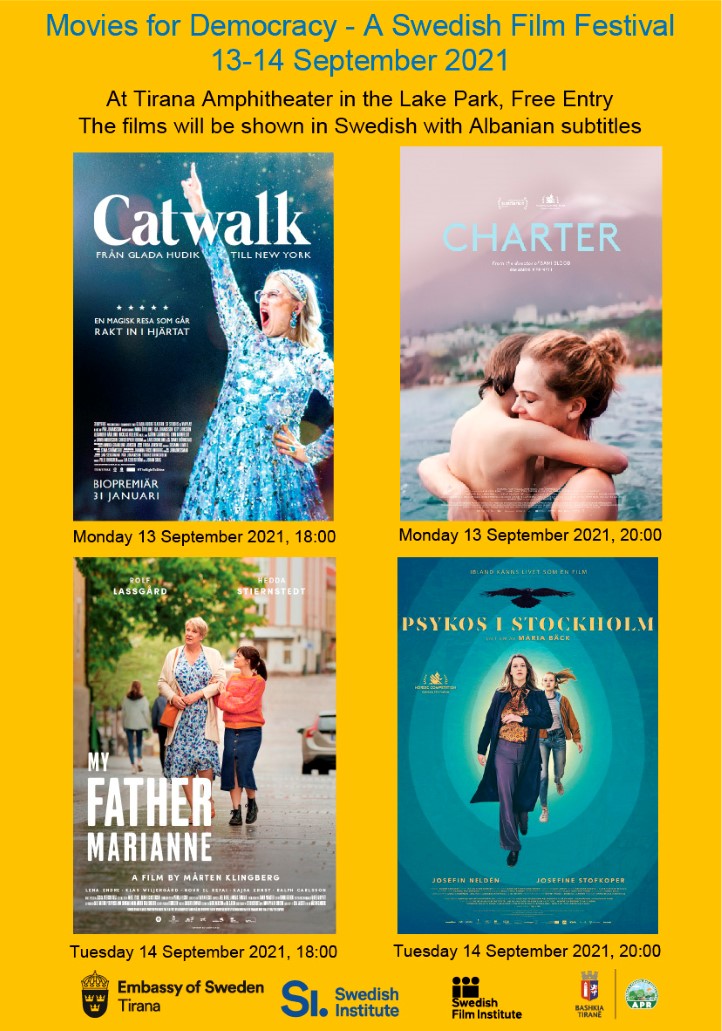