About the elections and the democratic process in Sweden

On 11 September 2022, Swedish voters will have the opportunity to decide which candidates will represent them in the Riksdag over the next four years. On the same day, there are elections to municipalities and regional councils. Read more below about the electoral process and how Sweden is governed. 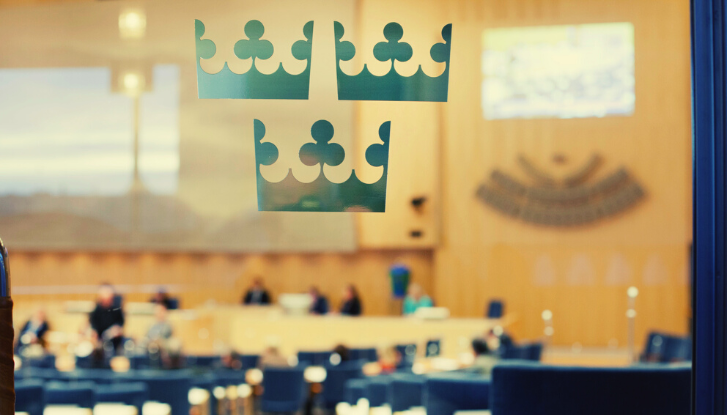 The Swedish electoral system enjoys a high degree of confidence among Swedish citizens. This can be noted in the high voter participation, which has increased over the past four parliamentary elections. In the 2018 Riksdag elections, turn-out reached 87.2 per cent (an increase of 1.4 percentage points).

The Swedish electoral system is robust. It is manual, decentralised and transparent, which makes it difficult to manipulate.

On the second Sunday in September every fourth year, Swedish people go to vote. The participation is generally high, with about 87% voting in 2018. The parliamentary election determines which candidates will represent the Swedish people in the Riksdag.

There are 349 seats in the Riksdag to be filled after the election. The number of seats a party obtains depends on how many votes that party has received in the election.

The next parliamentary elections will take place on 11 September 2022. On this day voters will have the opportunity to decide which candidates will represent them in the Riksdag over the next four years. On the same day, there are elections to municipalities and regional councils.

The citizens will choose which people are to represent them in the Riksdag. The Riksdag chooses the Prime Minister. The Prime Minister, in turn, appoints the government ministers. The procedure for this and when the various steps in the formation of a government occur depends on the election results.

The tasks of the Riksdag

The Riksdag is Sweden's highest decision-making assembly. Its tasks include making laws and determining the central government budget. The Riksdag also examines the work of the Government.

The parties and seats

The parliament has 349 seats. After an election, the Election Authority distributes the seats proportionally, depending on the number of votes that each party has received. To make sure that the whole country is represented, the distribution of seats also takes into account the election results in each constituency. The largest constituency is the County of Stockholm, the smallest the County of Gotland.

Link to the current distribution of seats in the Riksdag

Are you a Swedish citizen and would like to vote in the upcoming elections?

Read more about how Sweden is governed

Link to the Government's website about the electoral system

Link to the Constitution

Link to the Swedish model of government administration

Link to read more about the elections to the Riksdag

Link to more information about the elections

Link to more information on the elections 2022

Link to read more about the right to vote

Who can become a candidate?

Back To The Netherlands